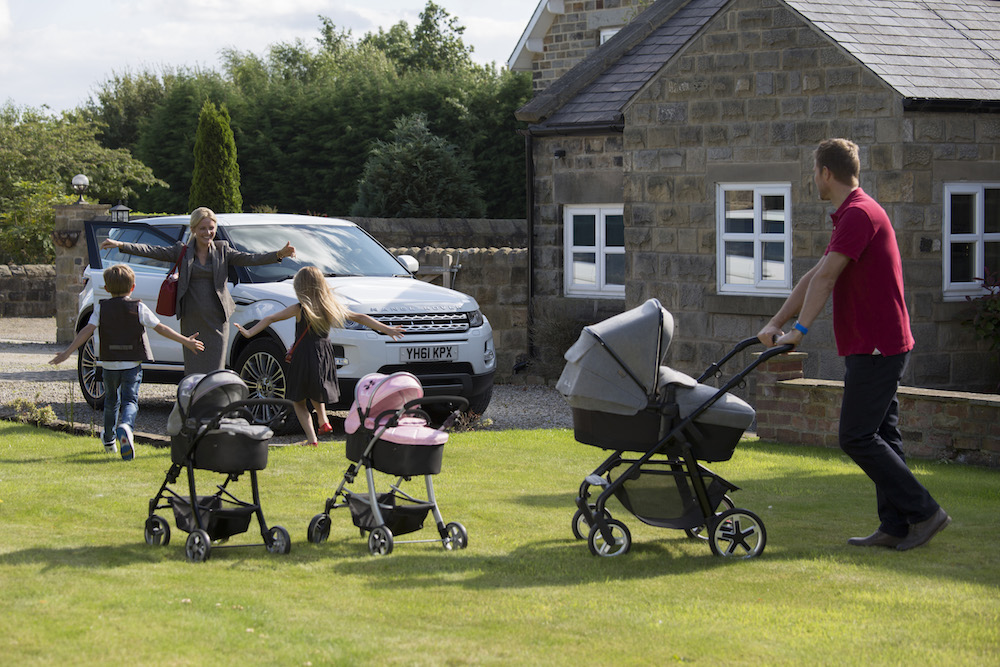 Here at Play Like Mum, we’re very proud to work with Silver Cross, one of the world’s leading nursery brands on our brand new range of dolls prams.

And one of the things which make Silver Cross so special is their heritage, which they haven’t lost to this day.

We’re going to take a look through the history of the Silver Cross brand, to show why we’re so proud to have launched our new range.

The Silver Cross story begins in Leeds, in 1877, where engineer and inventor William Wilson invented the world’s baby carriage.

Wilson, originally a blacksmith from the dockyards of Sunderland, had been fascinated with engineering since he was a child, and had one dream: to build the best prams the world had ever seen.

He made this a reality when he designed the innovative reversible folding hood and spring suspension system which were revolutionary at the time and have been used as the basis for all modern prams which followed.

20 years later, the company’s first purpose-built factory opened on White House Street in Leeds, before eventually moving into a much bigger one on Silver Cross Street, which is where the brand got its name.

These early days saw Wilson register over 30 patents for innovative new pram designs, but not long after receiving a Royal Warrant for pram production, Wilson died in 1913, passing the business on to his three sons, James, Irwin and Alfred.

Silver Cross has long been known for its links to the Royal Family, supplying a baby carriage to George VI and Queen Elizabeth The Queen Mother for the future Queen back in 1926.

The brand has remained a royal favourite ever since, carrying not just the Queen herself, but almost all of her children and grandchildren too, including Prince George most recently!

In particular, sales experienced a significant upturn when Princess Grace of Monaco was pictured with a Silver Cross pram, as was the case when Princess Diana used them for Princes William and Harry in the 1980s.

‘The Rolls Royce of Prams’

The royal connection ensured that the Silver Cross brand continued to grow, making a name with its high-quality craftsmanship and design right around the world, and it earned the nickname ‘The Rolls Royce of Prams’ in the 1950s after a successful advertising campaign.

Silver Cross exploited the postwar optimism and prosperity and was also one of the first businesses to realise the potential of mail order and hire purchase, which helped the cement the reputation of the brand.

Around this time, the old plywood bodies of the prams were replaced with new aluminium, and new state of the art tools such as rubber die presses, spot welding machines and conveyor stoves were installed

Moving with the Times

Now established as a household name, the brand suffered a decline with the rise of the Swinging Sixties, as new, exciting designers started to buck against tradition and the wants and needs of consumers began to change.

However, the company’s legacy for innovation shone through, as it branched out from traditional coach prams into more modern designs which better met the needs of families, as well as other products such as highchairs and furniture.

The 80s saw mums and dads demanding lighter and more adaptable pushchairs and the launch of one of the brand’s most popular products, the lightweight Silver Cross Wayfarer, which sold over a million units with its unique reversible seat unit with an integrated shopping basket.

In 2001 the brand was bought by Alan Halsall, whose investment ensured that the business would continue to thrive into the 21st century.

The brand continued to honour William Wilson’s legacy of innovation during this time, introducing new ranges such as the Sleepover, Freeway and 3D prams.

In a world where so much is mass produced, it’s nice to know that Silver Cross is still based in Yorkshire, just down the road in Skipton and still uses some of the original tools from those early days, with each pram handcrafted from start to finish.

Nowadays, Silver Cross sells its products to over 70 countries, with a presence in Hong Kong, Melbourne, Barcelona and Shanghai, where you’ll find the flagship store in the famous Plaza 66 shopping mall.

They continue to develop new and exciting products to give our little ones the very best start in life, and now your child can own their very own version with our brand new range.