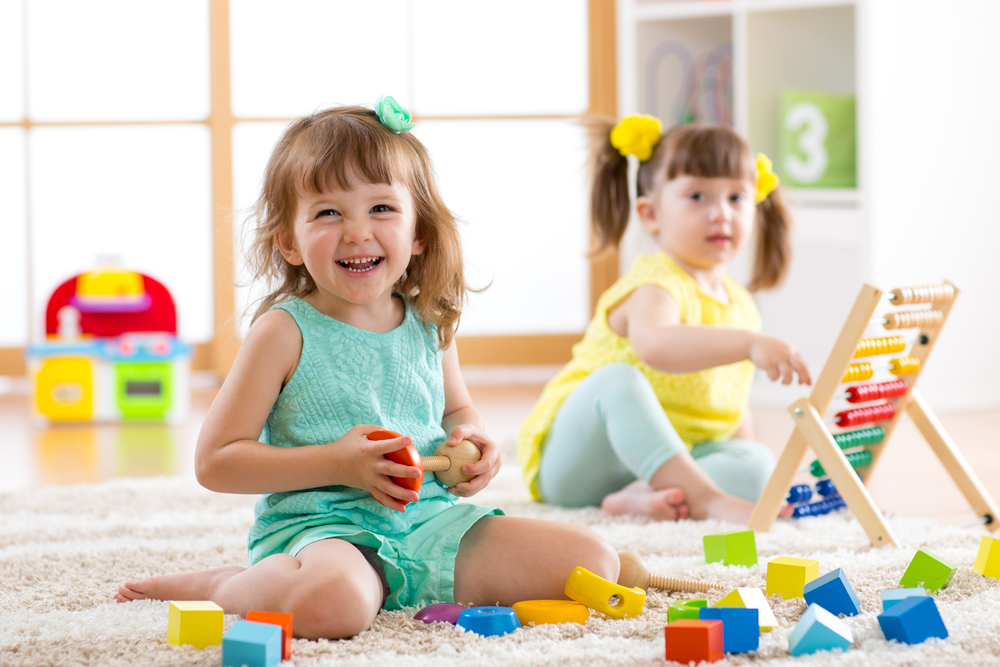 Particularly if you’re a first-time parent, going to a toddler group can be daunting. There will be lots of parents there who you’ve never met before and you all have one thing in common: your children.

However, it’s not just new parents that you’ll come across at toddler group. Your child will be making friends and there are plenty of different personality types that your child will be encountering and, so you know what to expect, here are ten types of toddler that you’ll meet at groups.

The Superstar knows how to grab your attention and will hold it through whatever means possible; expressive dance, reciting nursery rhymes, and explosive tantrums are all in their repertoire and they respond well to a round of applause. Probably the lead role of the end of term show and definitely able to reach the highest decibel of the bunch, this toddler is destined for stardom.

Where you’ll find them: at the centre of attention.

Often immersed in their own world or watching other children play, the Shy Retirer likes to keep themselves to themselves. Even though this child likes to take a step back from the action, rest assured that they’re taking it all in and will involve themselves in their own time. Thoroughly assessing situations is this child’s modus operandi and they’re probably quite the deep thinker.

Where you’ll find them: standing on their own during independent play.

The Cuddler is self-explanatory and every toddler group will have at least one. This child wants to cuddle up to everything, whether that be their favourite toy, their teachers, and even the other children. Giving anyone and anything affection is their number one priority and they sit on the fine line between cute and creepy.

Where you’ll find them: clinging on to the teacher’s leg during story time.

You can call them a ‘teacher’s pet’ all you like, but this child knows how to play by the rules and will go above and beyond to make sure that all of the other children are happy. Everyone secretly wants their child to be the Golden Girl/Boy because they keep out of trouble, know how to help out, and take pride in their behaviour.

Where you’ll find them: handing out snacks to the other children.

This natural born ruler will be the leader of the pack and will take charge of which games to play when and which rules to follow. This toddler may go on to be a bit of a bully as they get older, so approach with caution.

Where you’ll find them: taking charge.

This toddler is always well-dressed and put together, with matching socks, hats, and scarves. Even at the age of three, the Prince/Princess will take great pride in their appearance and you can expect a dramatic hissy fit if any of the other children spill anything on their precious clothes!

Where you’ll find them: in the role-play corner in the flashiest costume available.

This toddler loves rough and tumble and if your child is particularly anxious, it’s probably best if they don’t get too involved with the Bad Boy/Girl. Despite their love of all things play fighting and disobedience, this child will be the first to stand up for the other children in the event of an injustice and will fight for their firm beliefs in right and wrong.

Where you’ll find them: protecting the underdogs.

Reckless and brash, the Wild Child struggles to follow rules and, if there’s trouble, they’ll be the instigator. It doesn’t matter how small they are, they’re always full of energy and, even though they mean well, mischief is their middle name.

Where you’ll find them: causing a ruckus during nap time.

Chatty Cathy has a real knack for making friends and is the master of telling inappropriate family secrets to anyone who will listen. This toddler will likely be the first friend your child makes and will always be inviting the group around to their house for play dates (whether approved by their parents or not).

Where you’ll find them: talking profusely to your child.

This toddler hasn’t yet developed many methods of self-expression so they’ll cry at pretty much anything. If they don’t get their own way they’ll cry. When they get dropped off at toddler group they’ll cry. If they’re told it’s time for a nap they’ll cry. As much as the constant sobs and wails can be irritating, the Cry Baby is usually perfectly harmless.

Where you’ll find them: crying at anything and everything.

A Quick Guide To Getting The Perfect Photos Of Your Kids
Why is Outdoor Play Important to Children’s Learning and Development?
How To Reduce Your Use Of Plastic As A Parent