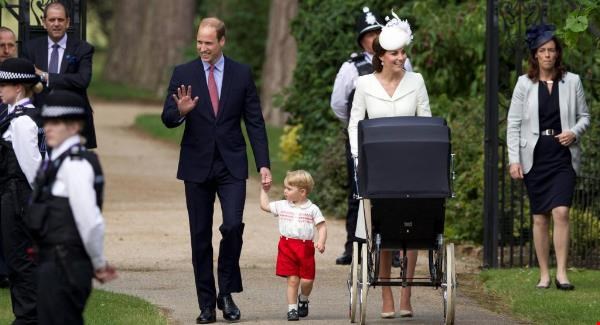 Silver Cross has a long and proud history dating back to the 19th century and it’s one of the things which makes the brand so special, still using many of the methods they used back then, and still making their prams in Yorkshire, where it all started out for them. We’ve been so excited to work on the brand new range of Silver Cross dolls’ prams.

You can read more about the history of Silver Cross in our recent blog post, but with the news that the Duke and Duchess of Cambridge are expecting a new arrival to the family, we thought it’d be a great opportunity to delve into the special link that Silver Cross has with our Royal family.

It all began in the late 19th century when William Wilson first started producing Silver Cross prams in his factory in Leeds.

By the 1920s, the brand had gained its first royal seal of approval, being granted a Royal warrant to supply prams to George VI and the Queen Mother to carry the future Queen, Elizabeth II.

But it was when the Queen herself used the prams to push her children around the grounds of her royal residences that the prams really took off with the public, with images of Charles, Anne, Andrew and Edward being beamed into households around the world via television.

The royal children were often seen being pushed around the grounds by the ‘Norland Nannies’, wearing their distinctive brown uniforms.

In fact, even future royals were fans of the prams, with Princess Diana being pushed around the grounds of the Spencer’s Althorp estate in Northamptonshire in a Silver Cross pram.

Since then, Silver Cross has been the undisputed pram of choice for the Royal family, despite new brands and models coming onto the market, with William, Harry and now William’s own children using them.

The Duke and Duchess of Cambridge even had a Silver Cross Sleepover Elegance pram (just like our own Sleepover Travel System doll’s pram) flown up to Scotland especially for Prince George when he was born, so it seems like the tradition is set to continue as well!

Silver Cross worked closely with the family to ensure that George’s first pram was just right for them. For example, at their request, an insect net was included, a feature which is now become standard for all their prams.

The brand’s royal links are still celebrated in their range today, with the Vintage Balmoral and Kensington prams, which is modelled on the same luxury prams which were used to push the young royals.

So why is it that the Royal family keep on coming back to Silver Cross? We’d say that aside from the fact their prams are some of the best on the market (known as the ‘Rolls Royce of prams’), their commitment to tradition is a big factor.

In a world where technology is in every part of our lives, it’s nice to see a company which still uses some of the original tools it used in its factories way back when it started production.

So if you want to give your little one a gift that’s fit for a prince or princess, check out our new range of Silver Cross doll’s prams here at Play Like Mum.