It may have taken you mere minutes, hours or even days to read, but everyone has a favourite childhood story that sticks with them through their life. For many parents, reading to their child plays a huge role in their relationships with their child, often stemming from their own experience of reading during their childhood.

But how long did it actually take the creative minds behind these stories to produce some of the best-loved books of all time?

Even the shortest book can make the biggest impact, so we decided to take a look at how long some of the best-known children’s authors took to create their masterpieces – is your favourite children’s book on our list? 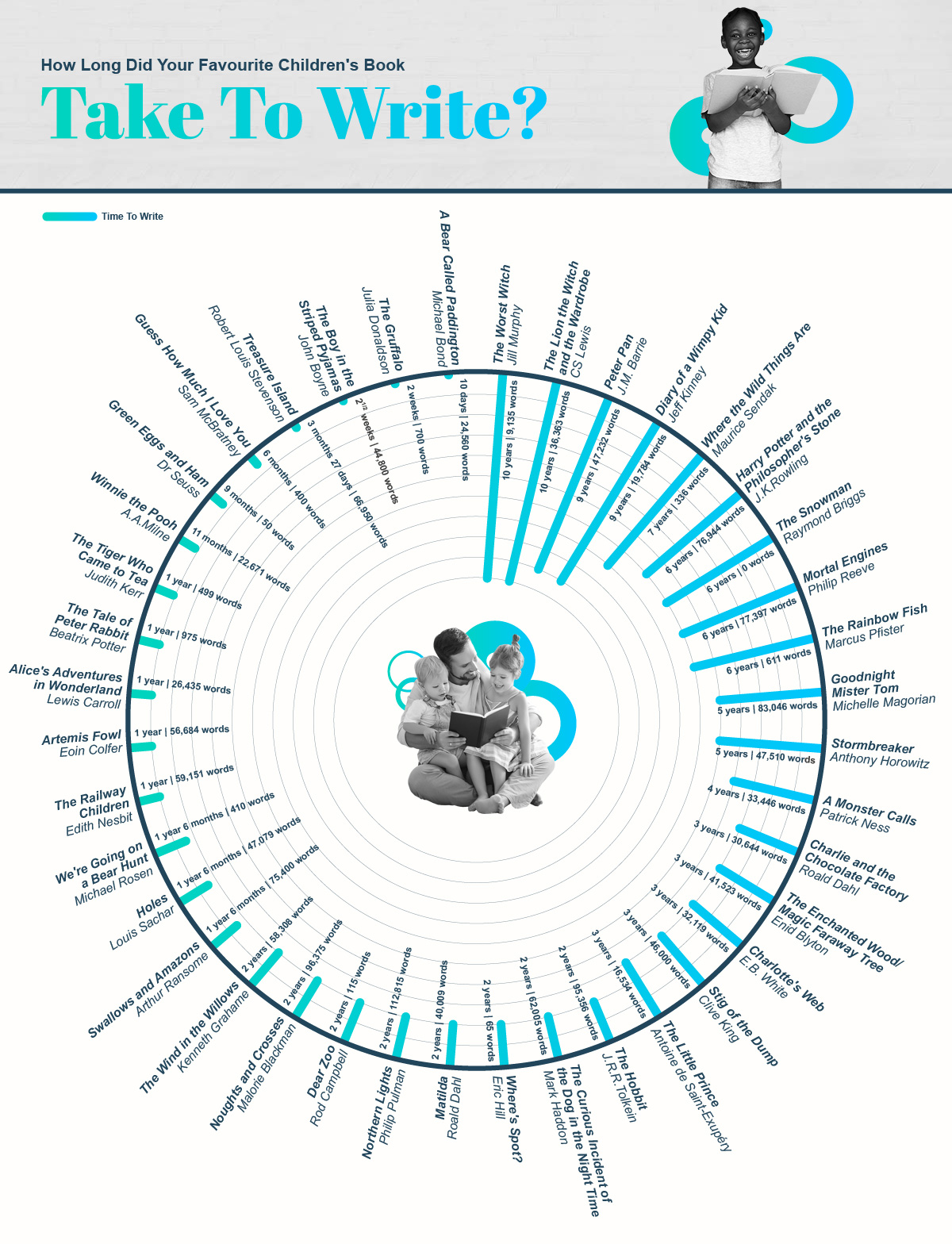 We also wondered, when looking at these children’s favourites; which of the authors wrote the highest number of words per day? 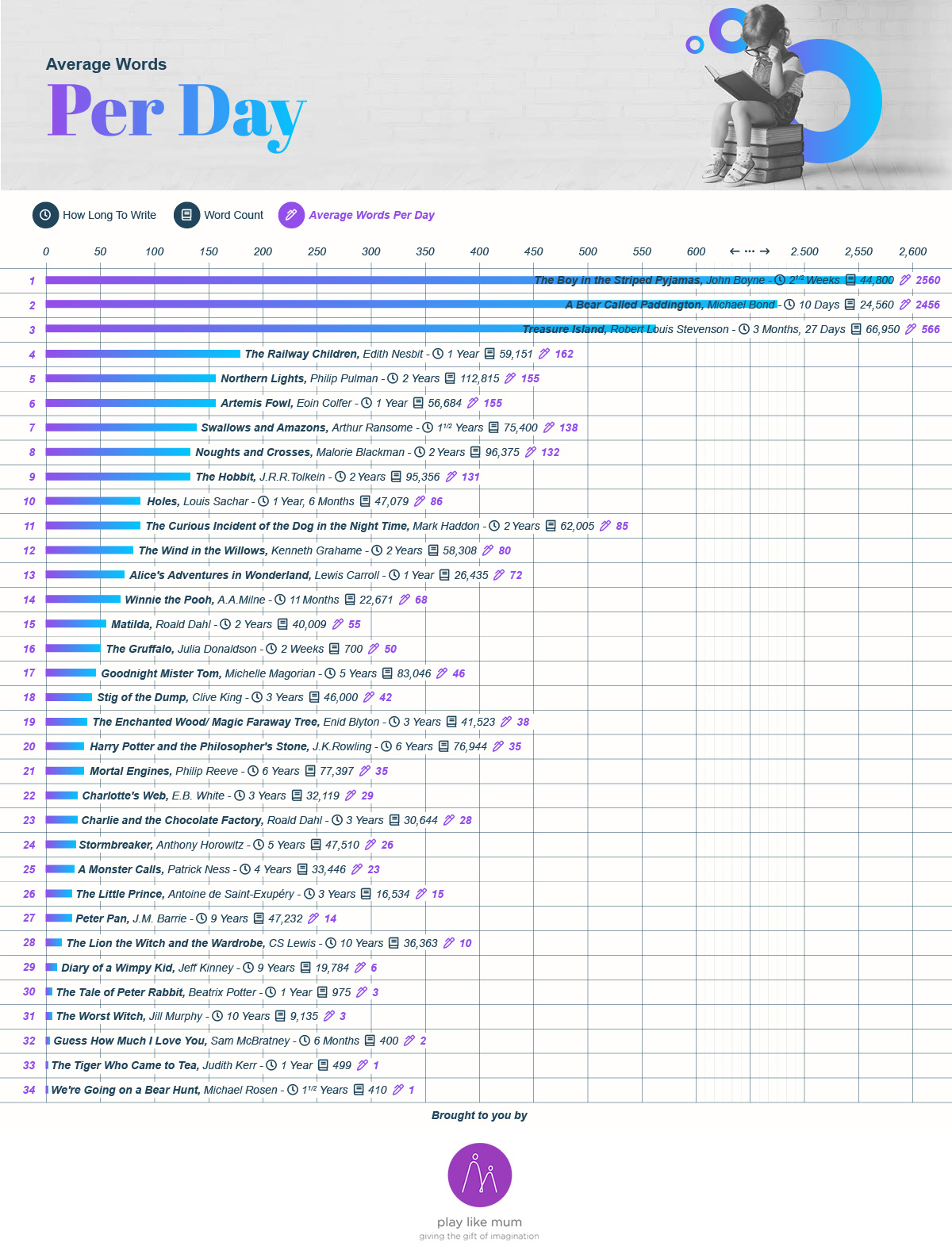 We studied the best children’s books of all time according to The Telegraph and BookTrust.org to compile a list of book titles which represented the very best in children’s literature in the toddler to teen age range.

The information was then used to search for evidence of the time taken for each title to be written by the respective authors. If no information was available, the title was omitted to prevent the results and averages from being skewed.

Where direct data referring to the exact time it took for the title to be written was not available, we used the year in which ideas or concepts were mentioned which later formed the story as the starting point, and the publication date as the date of completion.