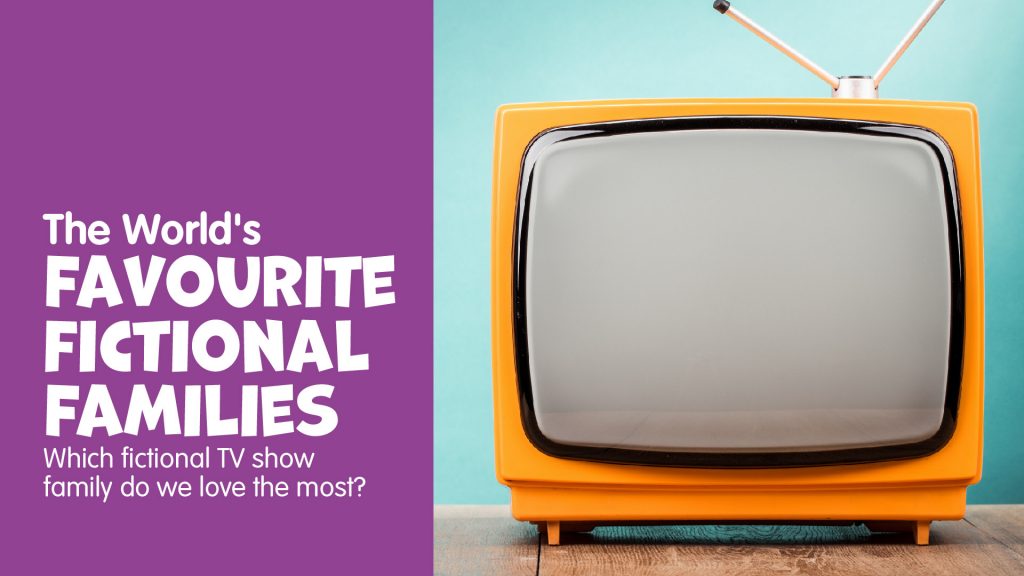 Which fictional TV show family do we love the most?

Everyone loves to watch a bit of TV to escape day-to-day life even just for a little while. Whether that be trashy reality TV or binge-watching entire seasons on Netflix, there is a genre of TV out there for all tastes. What can often make or break a good TV show are the relationship dynamics of the characters on screen, and over the years there have been some much loved fictional families to grace our screens, but which fictional family can be crowned the world’s favourite?

Whether it’s the quintessential family playing with dolls prams with the kids or a family who live the life of crime, we all have our favourites that we love to watch. Taking a look at 50 well-known fictional TV families from a range of genres, we’ve found the world’s most loved families of them all!

With over 700 episodes, 32 seasons and 32 years on our screens, The Simpsons family is the world’s favourite fictional family. Worldwide, the animated sitcom has been searched for 10,205,300 times in the last year, almost double that of the Sopranos, who appear in second place.

Taking the second spot is The Sopranos, the American crime family who appeared in six seasons, starting back in 1999. Primarily set in New Jersey and New York City in the late 1990s-early 2000s, the series follows Tony Soprano, a New Jersey-based Italian-American gangster, who tries to balance his family life with his role as boss of the Soprano family.

In third place, we find The Goldbergs, an American period sitcom that follows the life of the Goldberg family through events from the showrunner’s (Adam F. Goldberg) childhood. In 2020 the show was renewed for an eighth season, to continue to show the events of his 1980’s childhood.

A list of fictional TV show families was collected from a variety of blogs and listicles from a variety of genres. Using Google’s Keyword Planner, search volumes were taken for each keyword term from the last 12 months (April 2020 – March 2021) and were searched in two variants to ensure an ample volume was analysed. For example “The Lannisters” and “The Lannister Family” search volumes were added together to create the overall total.

To discover each country’s favourite TV show family, we used Ahrefs Keyword Explorer to collect data on the 100 countries available using the “The” search term as the example above (‘The Lannisters’).

13 Halloween Traditions From Around The World [Infographic]
How Much Would It Cost to Live Like Your Favourite Disney Princesses?
2021 Families – How have family units changed over the years in the UK?