If you’re looking for the perfect place to settle down with your family, factors such as quality school, things to do and a low crime rate are important to take into account.

We’ve ranked the 25 most populated towns and cities in the country on eight family-friendly factors to reveal the best places to settle down and raise a family.

Things to Do: Plymouth

36.1% – of Households with Dependent Children 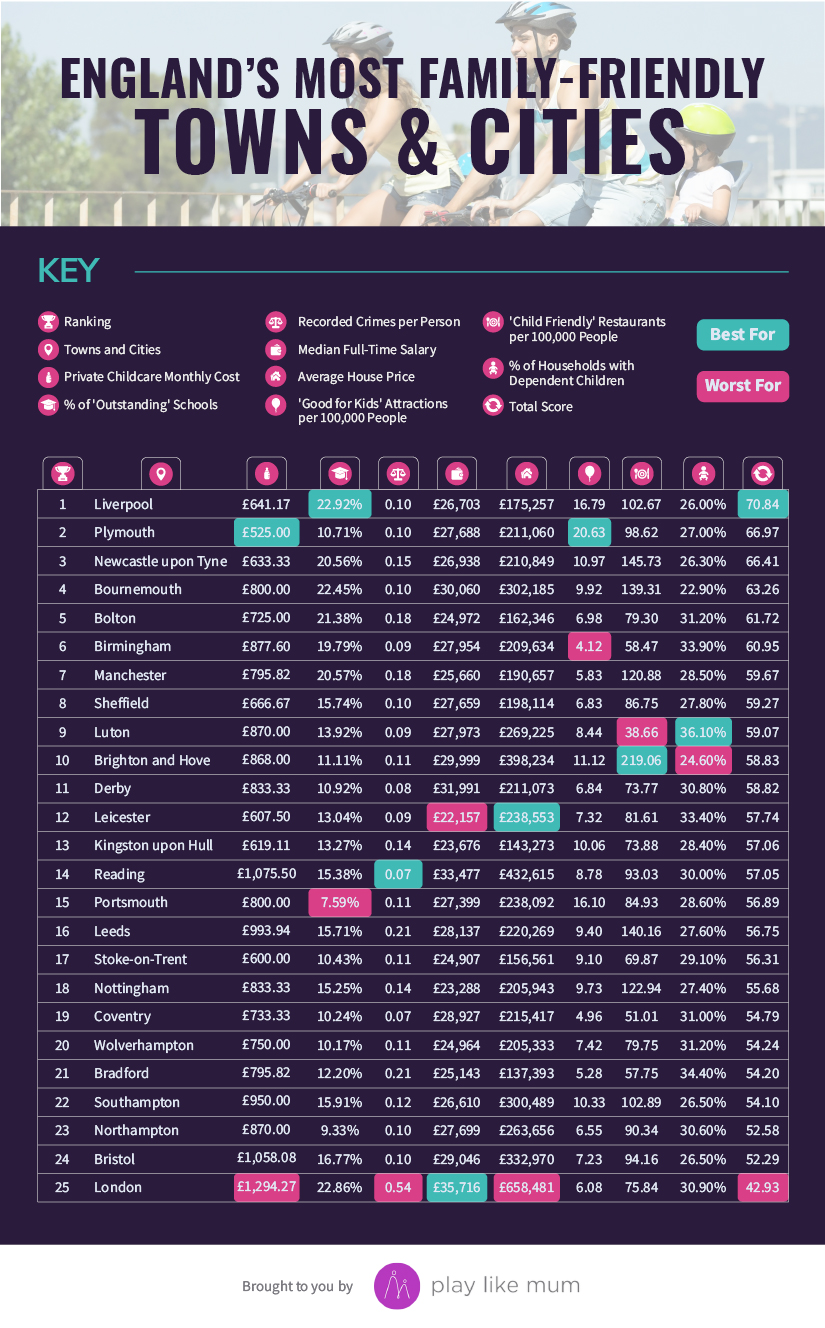 We ranked England’s 25 most populated cities on the following factors, giving each a normalised score out of ten, before combining these for a final score out of 100.

Note: while we initially set out to compare the most populated cities in the UK as a whole, the differences between educational institutions across England, Scotland, Wales and Northern Ireland (as well as a lack of comparable data in some other sections) meant we had to limit our research to England.

(Note: for Northampton, school data was unavailable at Local Authority level, so the schools within the Northampton North and Northampton South parliamentary constituencies were used.)

Number of annual recorded crimes per person, according to the Office for National Statistics.

Median annual salary for full-time employees according to the Office for National Statistics.

Number of attractions tagged as being ‘Good for Kids’, per 100,000 population according to TripAdvisor.

Number of restaurants tagged as being ‘Child-Friendly’, per 100,000 population according to TripAdvisor.

% of Households with Dependent Children

Number of households with a dependent child according to 2011 Census data, accessed at Nomis.

Why not take your child out for a walk in one of the many family-friendly parks across the country with your child’s favourite dolls pram & pushchair?