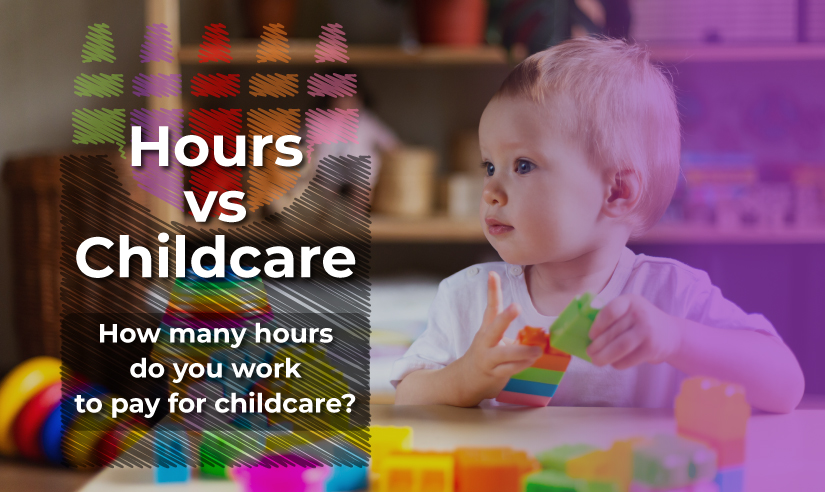 Childcare is a necessity for most parents, but with the rise in living costs, it is becoming necessary for more than just a small fortune for your child to be cared for while you’re at work.

With that in mind, you may wonder how much the cost of sending your child to nursery compares to your earnings. While we may be experts in dolls prams, we wanted to find out more about the cost of childcare. We dived into this and have compared the average monthly salary in the UK’s most populated towns and cities, to the average cost of full-time childcare.

Based on these figures, we’ve worked out how many hours you would typically need to work to cover the cost of childcare.

Burnley is the cheapest location on our list for childcare, with residents needing to work, on average, for 28 hours to cover a full-time spot at nursery, amounting to just 17.07% of their wages.

Preston is a close second to Burnley as one of the cheapest locations for childcare in the UK. Residents need to work, on average, 43 hours to cover their costs for nursery, amounting to 26.21% of their wages.

Finishing off our top three, Bradford is the third cheapest location on our list, with residents needing to work, on average, for 47 hours to cover their costs for childcare, amounting to 29.19% of their wages.

At the other end of the scale, Luton came out as the most expensive, with the average parent spending 71.6% of their income on childcare, working an average of 116 hours in just one month to cover it!

Worthing is a close contender as a pricey place for childcare, with parents spending 61.35% of their income on the average nursery costs, working an average of 100 hours to cover it.

Northampton is ranked the third most expensive area for childcare costs. Here, parents could be spending as much as 59.78% of their income on childcare, working an average of 97 hours to cover the costs.

We began by looking at Numbeo for data referring to the cost of one month’s full-time childcare for a number of cities and regions in the UK.

We also used the ONS Annual Survey of Hours & Earnings in 2022 to find the full-time average monthly salary for each city.

A Beautiful Glimpse Of Motherhood Around The World
5 Great Ways To Celebrate The Birth Of A New Baby
Revealed: The Children’s Game Shows Which Brits Want To See Rebooted…