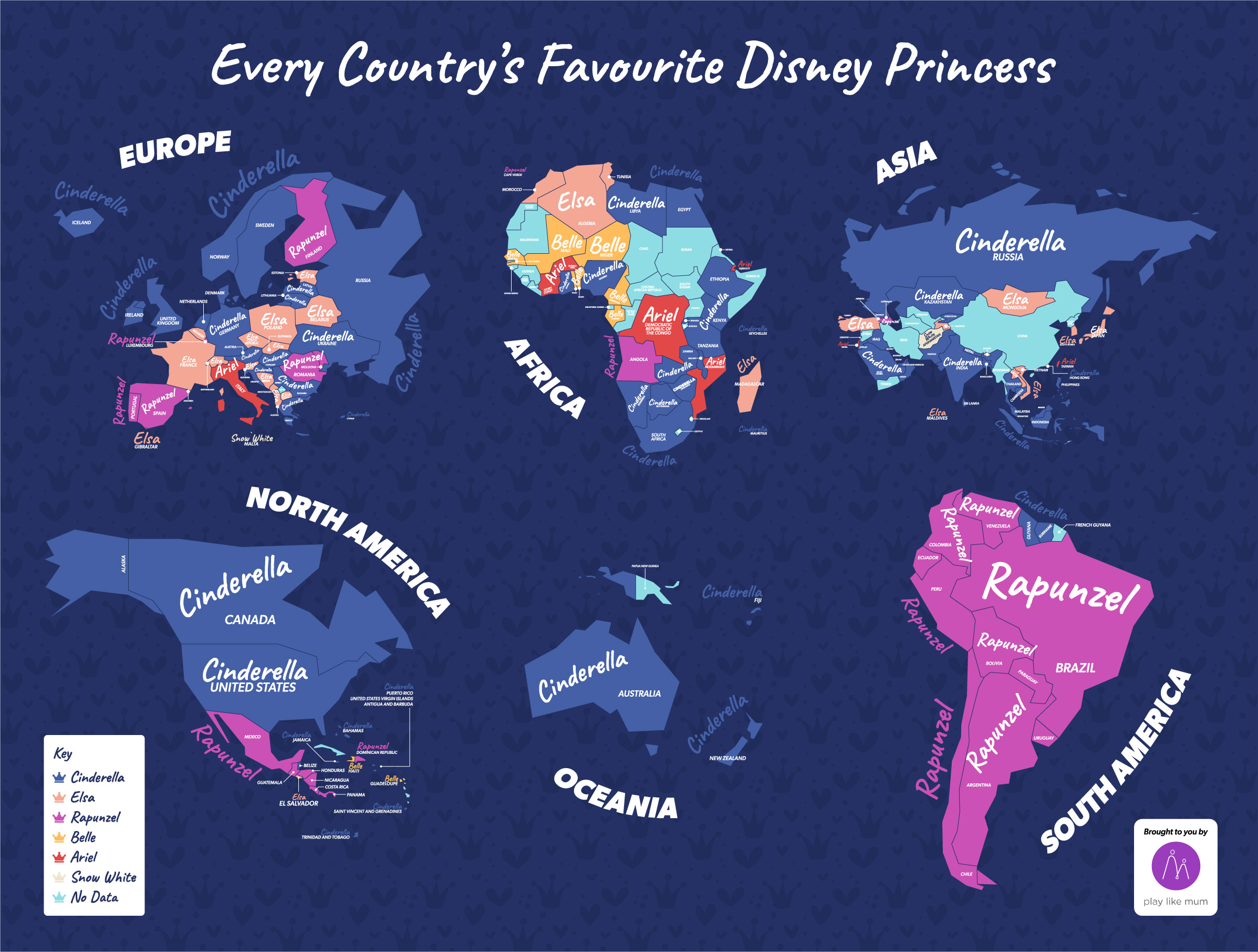 Over the years, Disney has created many memorable characters, but the Disney Princesses are amongst the most iconic.

After all, there’s a reason why Cinderella’s castle has been used as part of the company logo for years and is the centrepiece of the Disney theme parks too!

But whether you prefer the traditional princesses such as Cinderella and Snow White, or more modern heroines such as Frozen’s Elsa, or perhaps Merida from Brave, everyone has their own favourite Disney princess.

We’ve used Google search data to find out the most searched for princess in every country around the world! 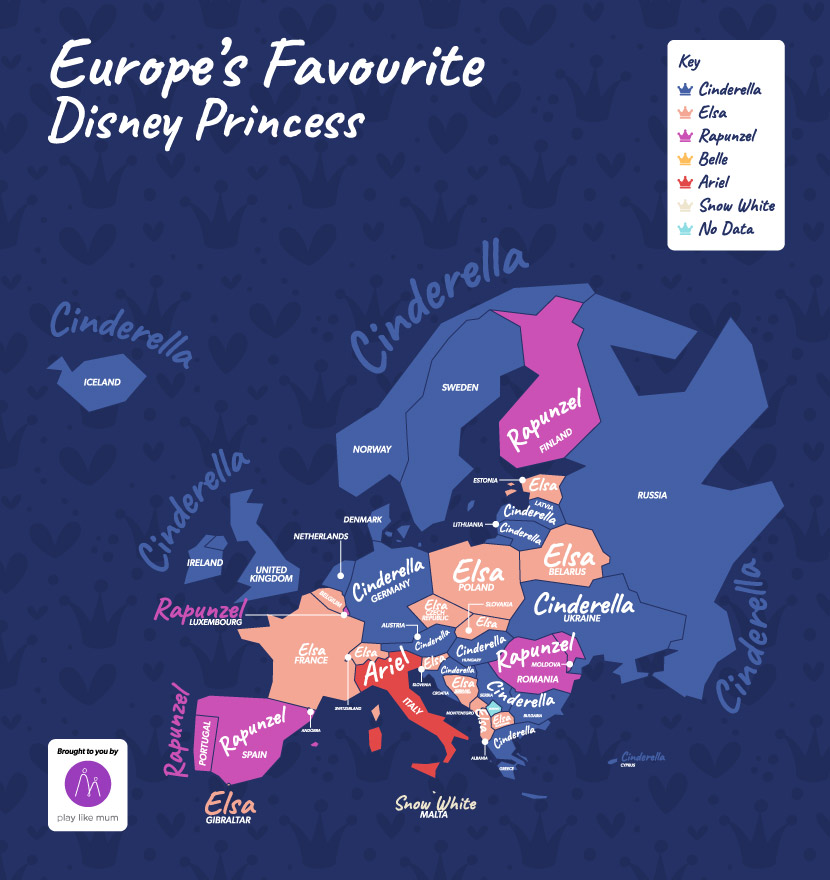 Europe was largely split between one of the classic Disney princesses, Cinderella and a much more recent favourite, Elsa of Arendelle.

Tangled’s Rapunzel was also popular in countries such as Spain, Portugal and Finland, while Italy was one of just eight countries to prefer The Little Mermaid’s Ariel. 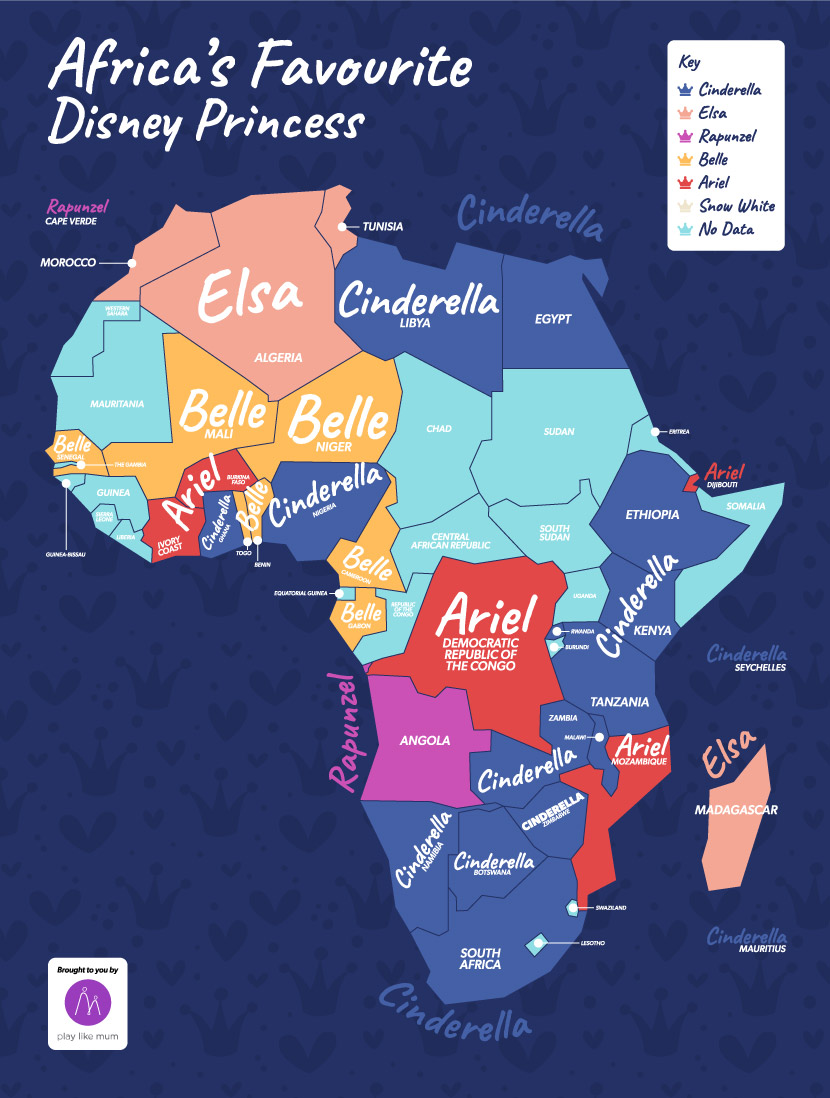 For the countries which search data was available for, there was a fairly even split between our leading princesses, with Cinderella proving to be the most popular overall.

Belle from Beauty and the Beast took the top spot in seven countries here, more than in any other continent, with Ariel coming out top in five African nations. 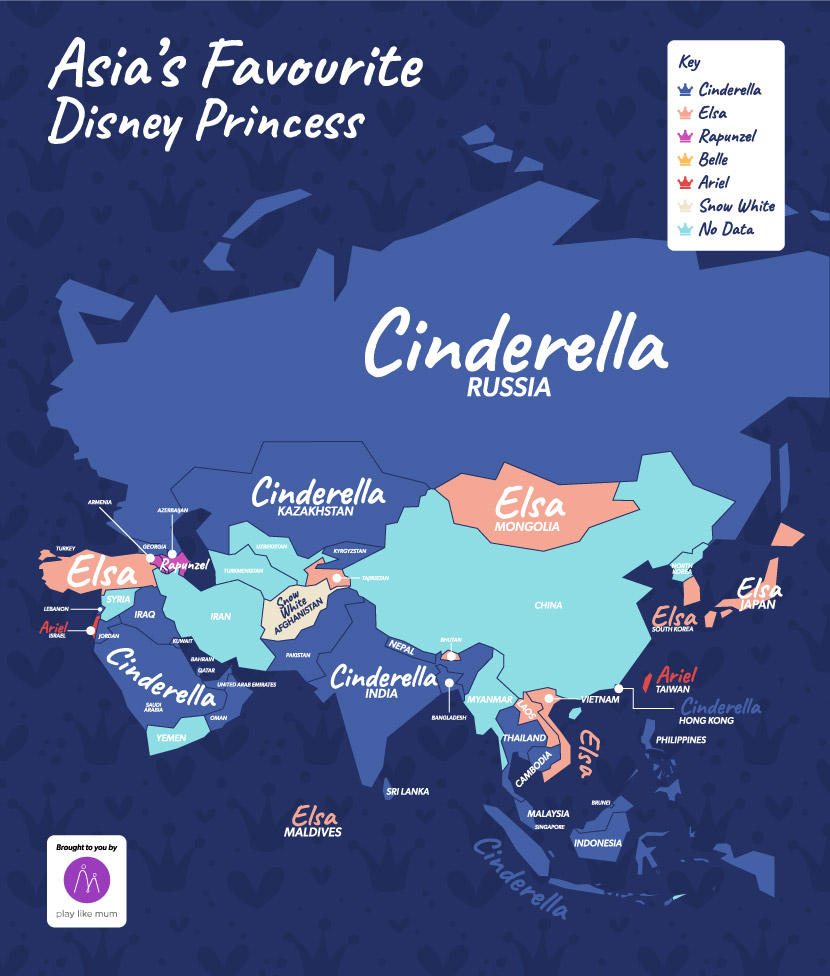 While Asia is the home of Mulan, we were strictly looking at princesses in the traditional sense, with Cinderella again proving to be the most popular, although Elsa still proved popular in some countries, including Japan, South Korea and Turkey. 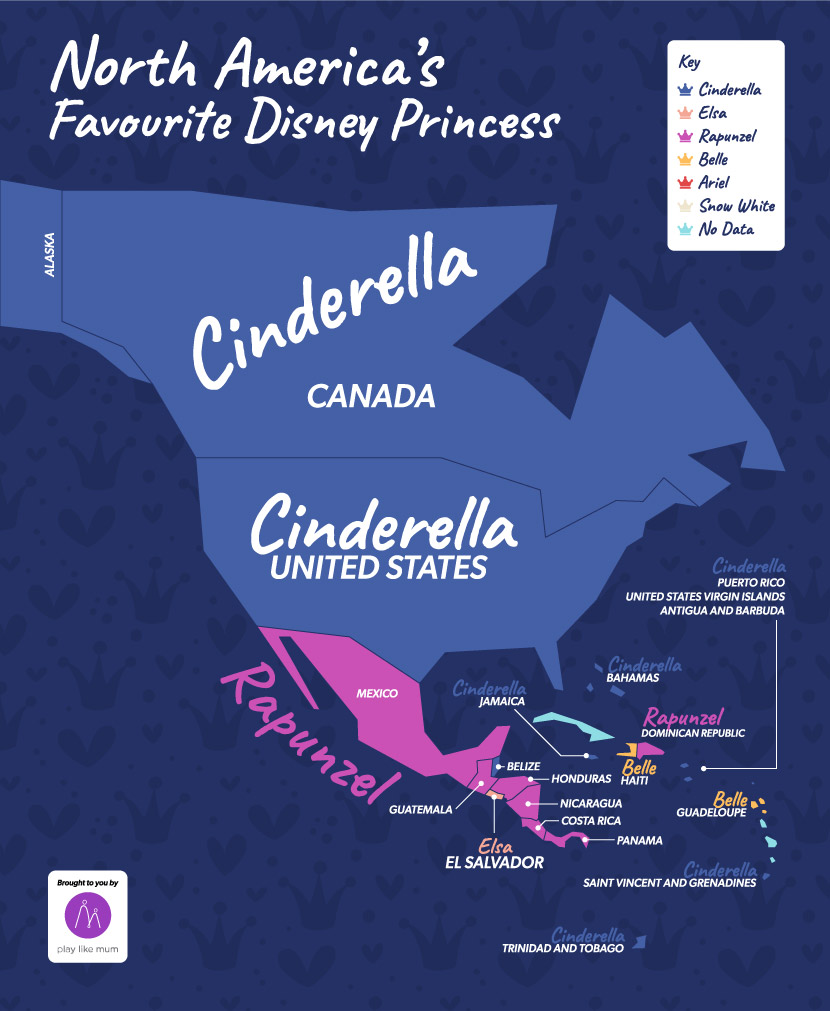 As the home of the Walt Disney corporation, North America sees Cinderella cement her place as the most iconic Disney princess, although it seems that those in Central America had a soft spot for Rapunzel instead. 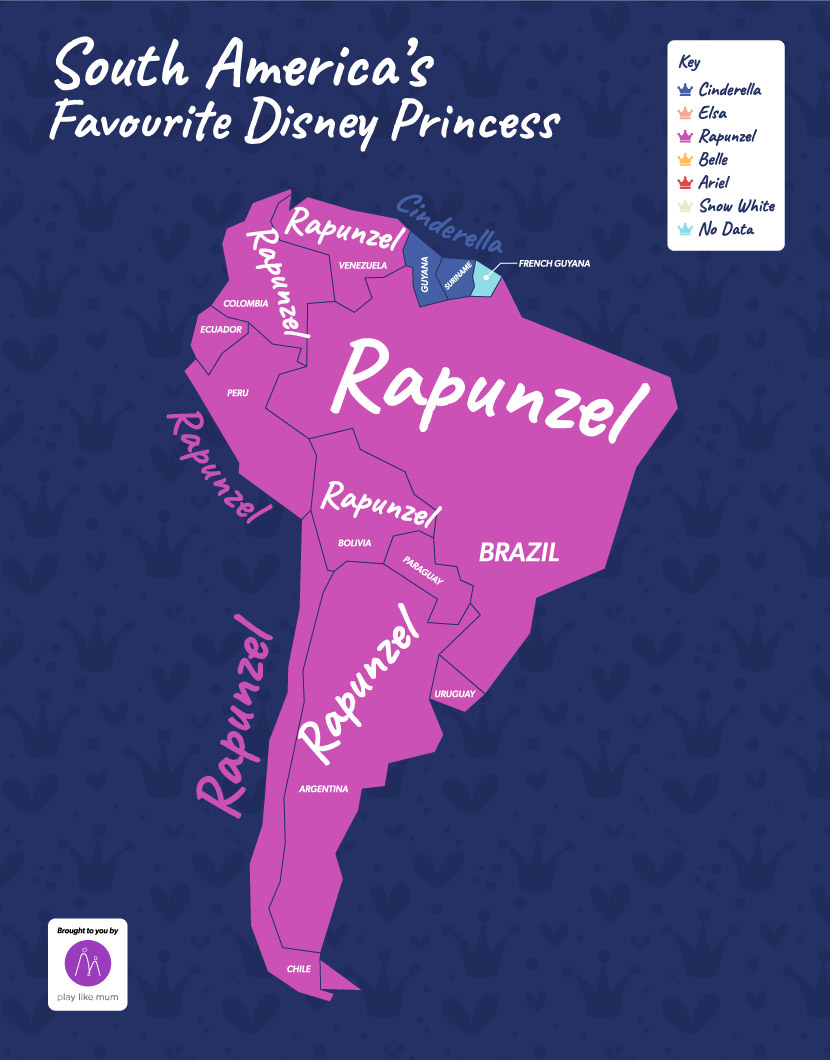 The results in South America were perhaps the most surprising of all, with almost every country on the continent searching more for Rapunzel than any other Disney princess. 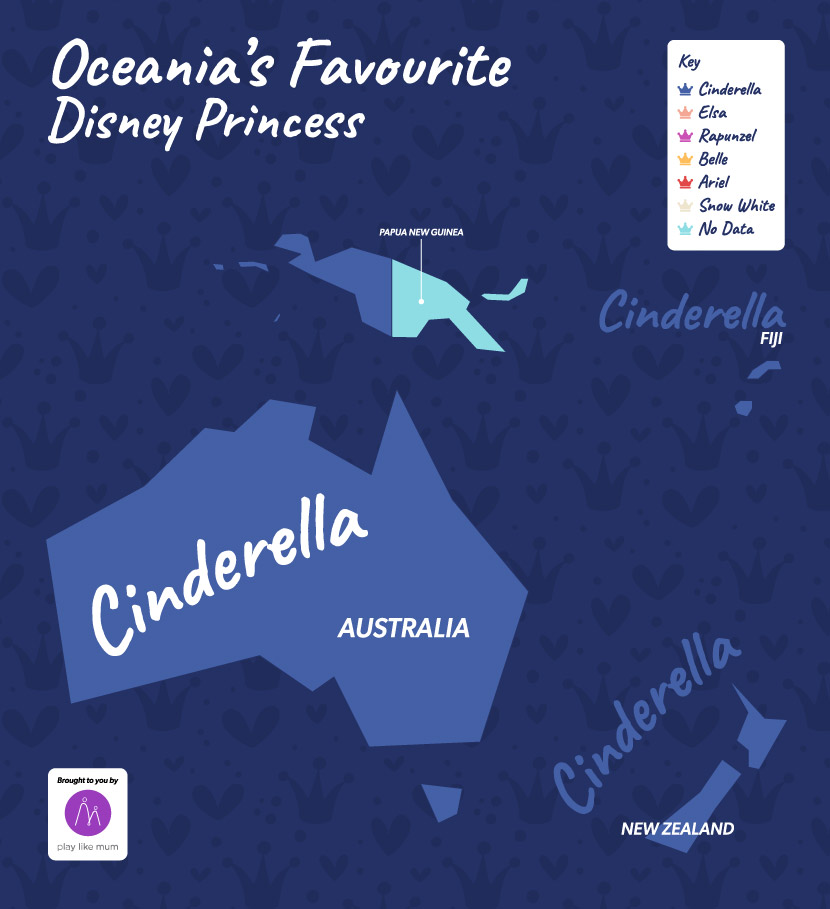 Polynesia recently gave us the latest Disney heroine in the form of Moana, but again, we’re sticking to traditional Disney Princesses, with Cinderella taking the top spot in every country in this part of the world.

We used Ahrefs Keyword Explorer to find the Disney princess with the most average monthly searches in each country for which search data was available.

Note that we decided to stick strictly to princesses in the traditional sense, meaning that they were either born into a royal family or married a prince.

Get your very own little Disney Princess their own dolls pram & pushchair and let their imaginations run wild through role-playing, possibly using our double dolls pram, just like mum & dad.