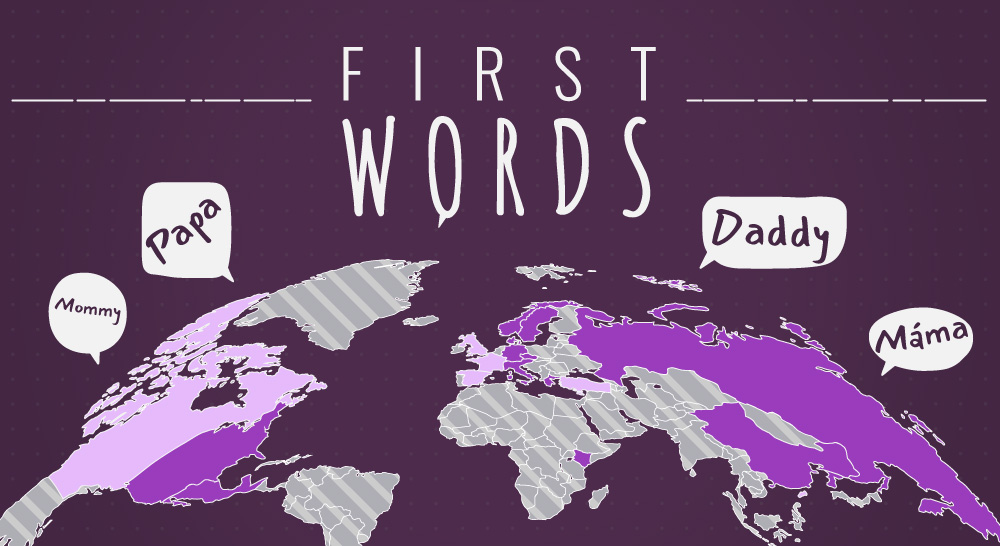 A baby’s first word is one of the most exciting milestones in their little lives for many parents.

Each parent is usually hoping their little one’s first word will be ‘mummy’ or ‘daddy’, but while this is usually the case, there are definitely exceptions to this trend.

We thought we would take a look at the first few words said by children around the world, to see how similar or different a child’s vocabulary is in different cultures.

The world’s most common first words

Mummy is the number one most common first word said by children in 12 countries around the world.

Daddy isn’t too far behind though, with children in 9 different countries saying it as their first word.

We looked at the most common first 5 words, excluding sounds, for each language listed in the Stanford.edu Wordbank.

We then used Google Translate to translate each word into English. For some languages, additional sources were needed for translation, which included Slavorum.org for Slovak, Lancs.ac.uk for Kigiriama, Learn Korean With Lily for Korean, and Wordhippo.com for Turkish.

For each language, we took words from the youngest age available on in the database, which ranged from 12-25 months.

5 Simple Healthy Meals For Fussy Toddlers
What are the Benefits of Imaginative Play?
Why Traditional Toys Make A Better Christmas Present Than Smart Devices