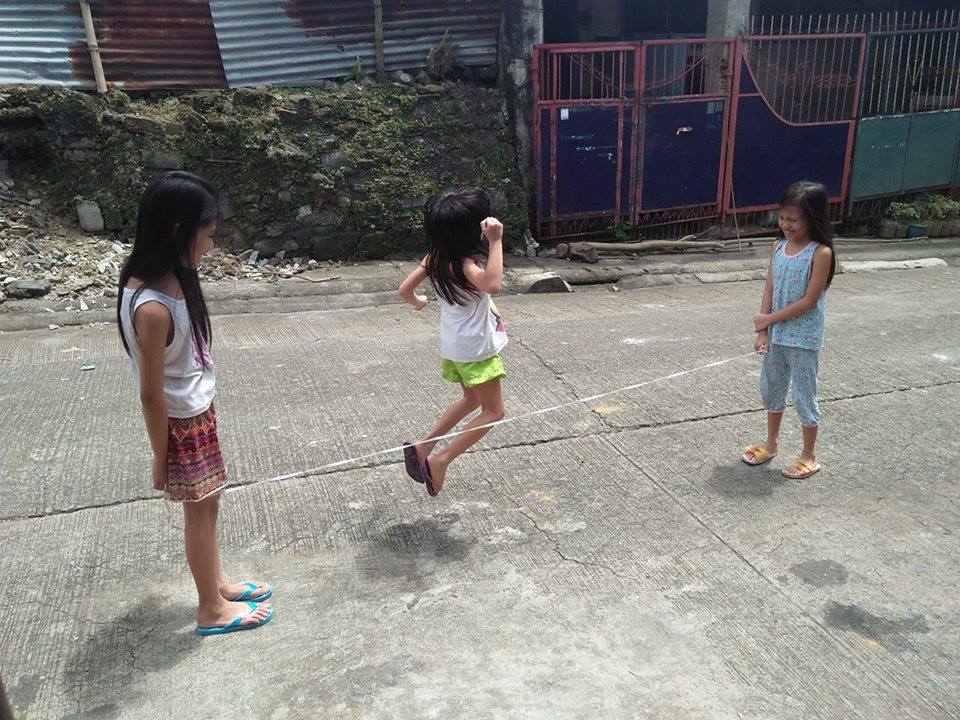 There’s nothing more beautiful than watching your child growing up and there’s no denying that play is a huge part of that.

We launched our collection of dolls’ prams to help children to play imaginatively and get away from technology and gadgets for a while.

In August 2017, we commissioned 15 individuals from around the world and asked them to send a photograph of their child playing with their favourite toy or their favourite game.

The submissions are beautiful, as you’ll see below, and perfectly showcase children playing and having fun. Technology has it’s place, however it’s not something which can ever replace toys and games and this photo collection showcases that perfectly. 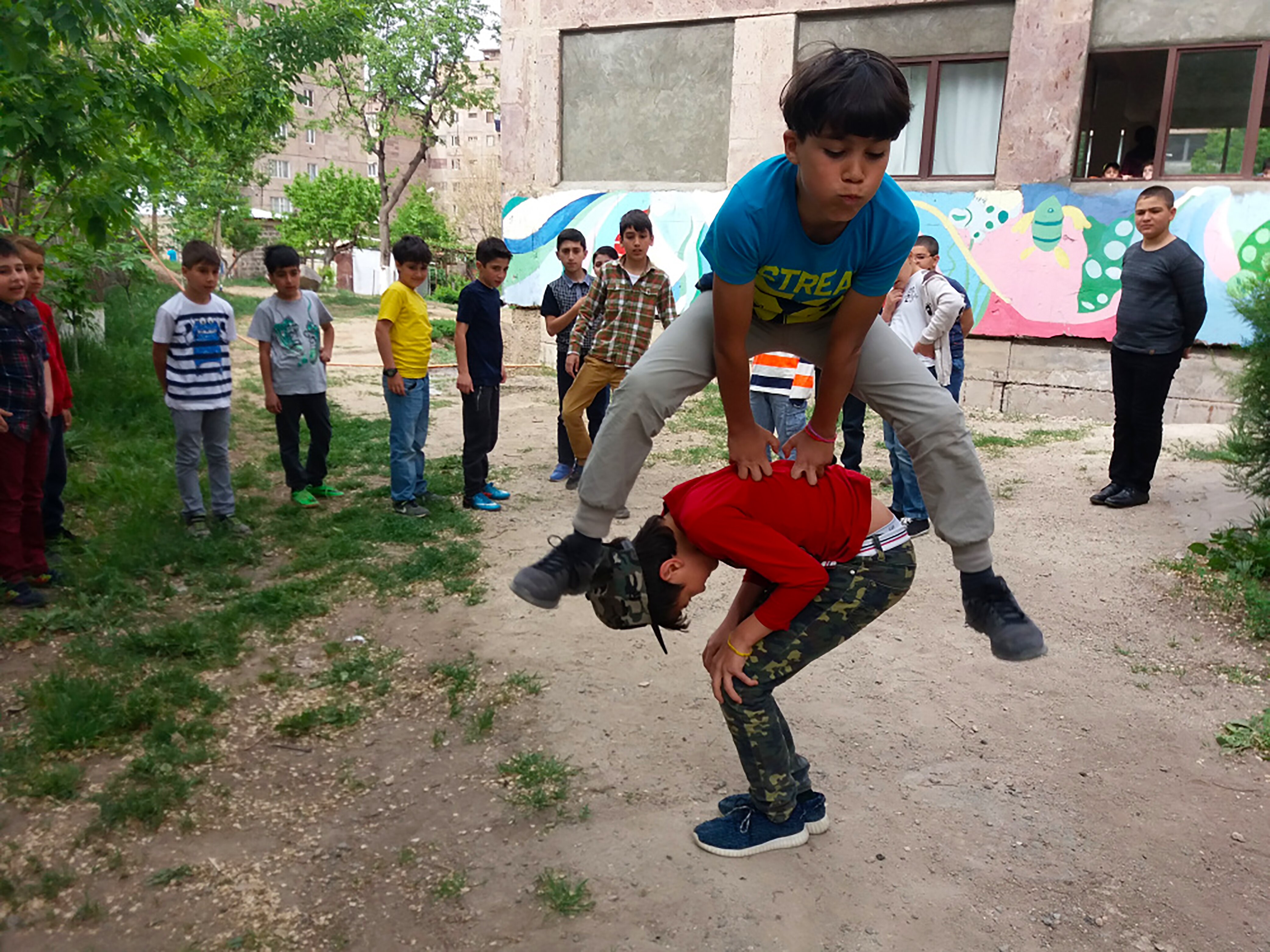 “Hawala” is a traditional Armenian game that is played by every Armenian child. It can be played by 8 to 10 children.

One of the players turns his back to rely on the others (he is called a “goat” or “donkey”), and the rest of the players jump over him. Moreover, when jumping, the “goat’s” back can only be touched by the hands of the others.

Whoever fails to jump or whoever touches the goat with his foot, stoops to his side, and the rest must jump over two people. The one who wins is he who succeeds in jumping over the largest number of “goats.” – Nara 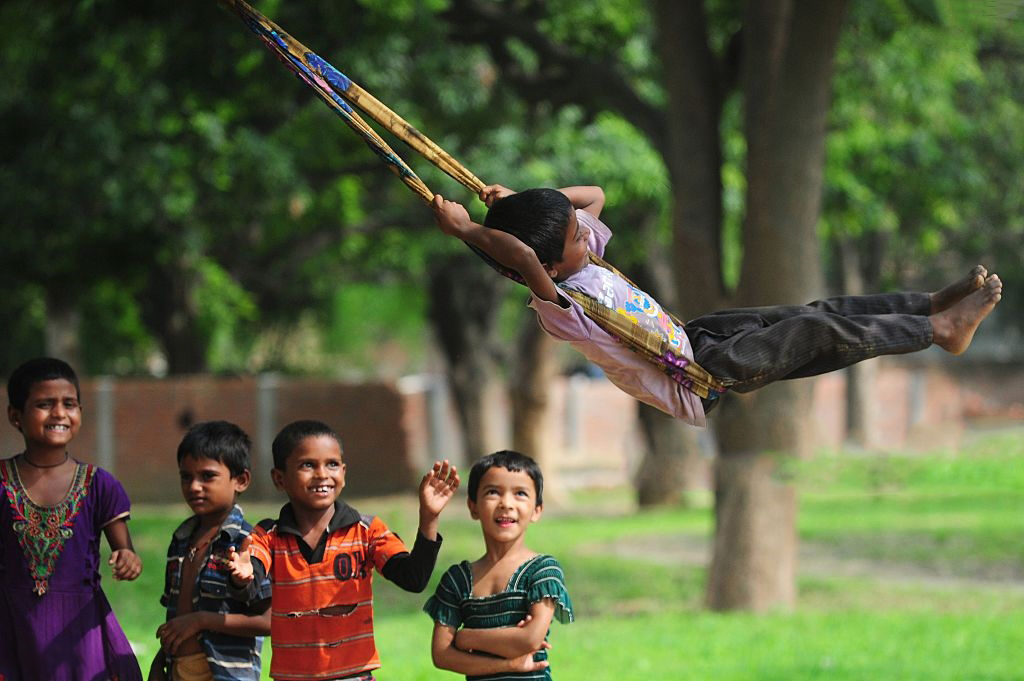 My son, aged seven, is playing with four of his friends here on a swing which is close by to where we live. Friendship is very important within our community and the photo shows how much fun every single one of them is having here. – Rakibul 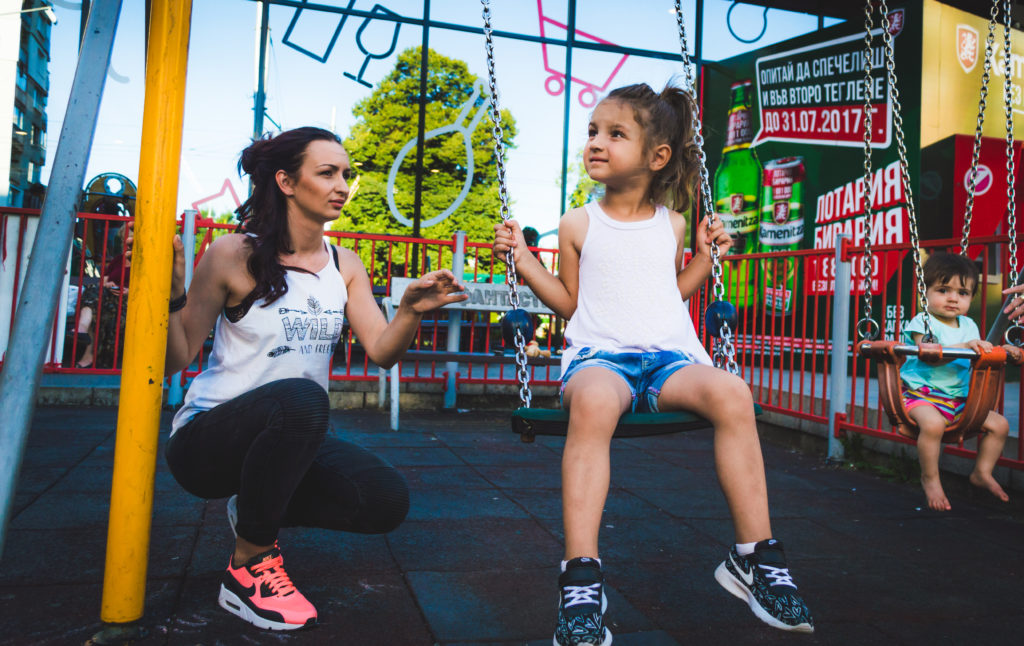 My daughter is playing with her mother (my wife) at the playground in our neighbourhood. It’s somewhere she enjoys to play, spending time in the outdoors, especially on the swings. – Teodor 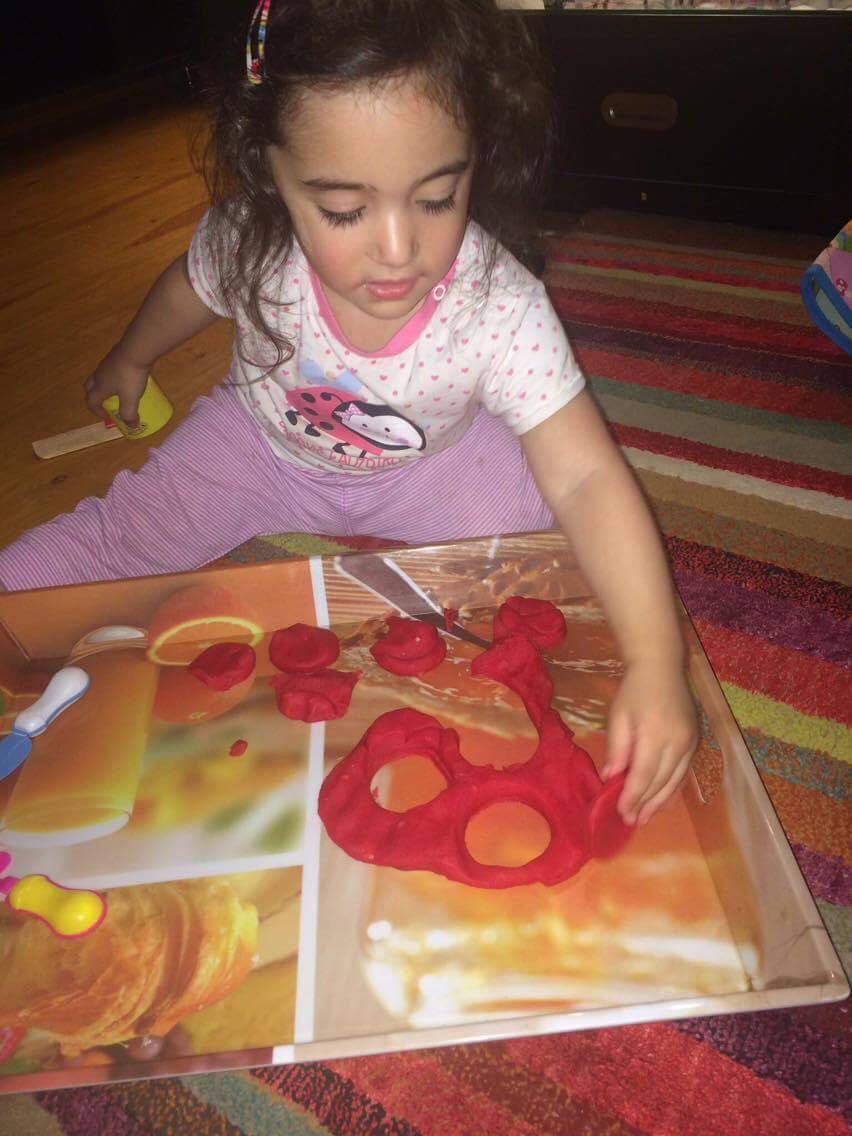 My daughter’s name is Bisan and is an only child. She enjoys to spend most of her play time indoor and every weekend we go to visit my mom or my wife’s family. At home, she enjoys to play with her kitchen and clay, as shown here. She does love to go on her iPad watching YouTube channels or playing different games on it, however we like to limit the time she spends doing this. – Abdalla 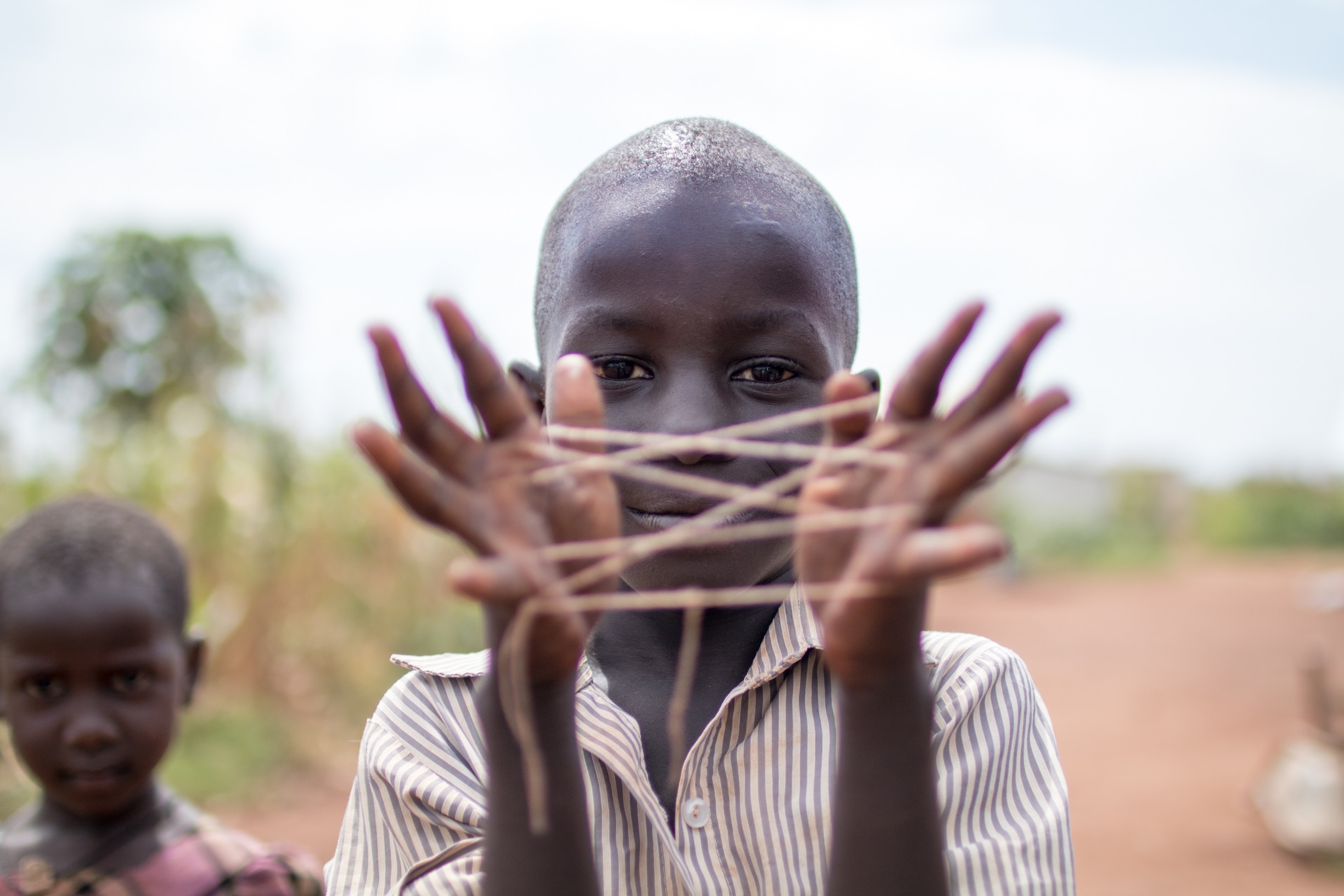 The photograph shows my son, Alexander, playing a simple but fun game made from string. He plays with his friends, enjoying their company and thinking up new games to pass the time. – Danika 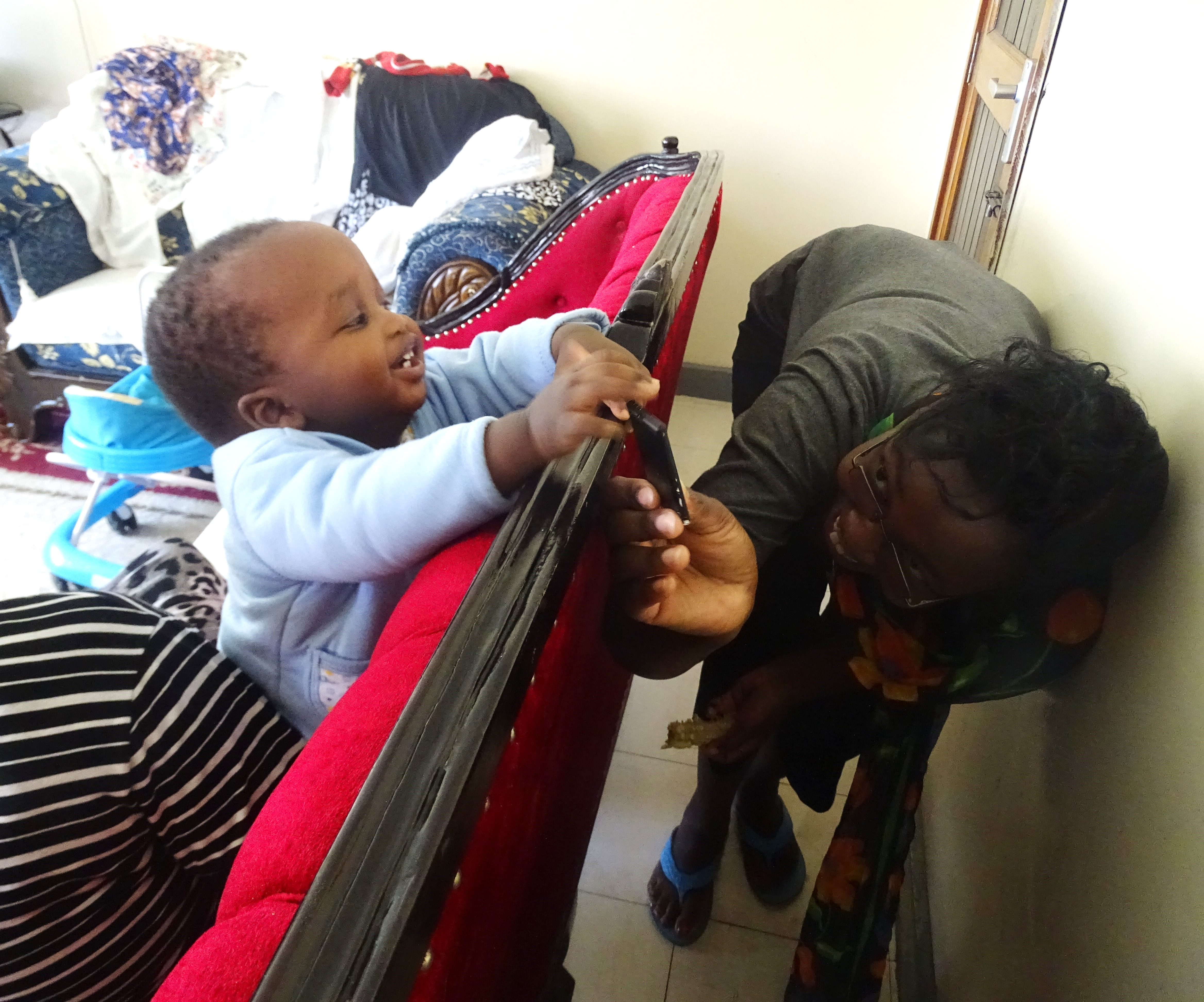 Here is my baby son playing with his Aunt. He loves dropping things and hearing the sound but this time, his Aunt played a trick. She hid behind the sofa as my son dropped a battery. Immediately, she grabbed it before it fell to the floor and now the baby was wondering where it was. He then realised he’d been tricked! – Victor 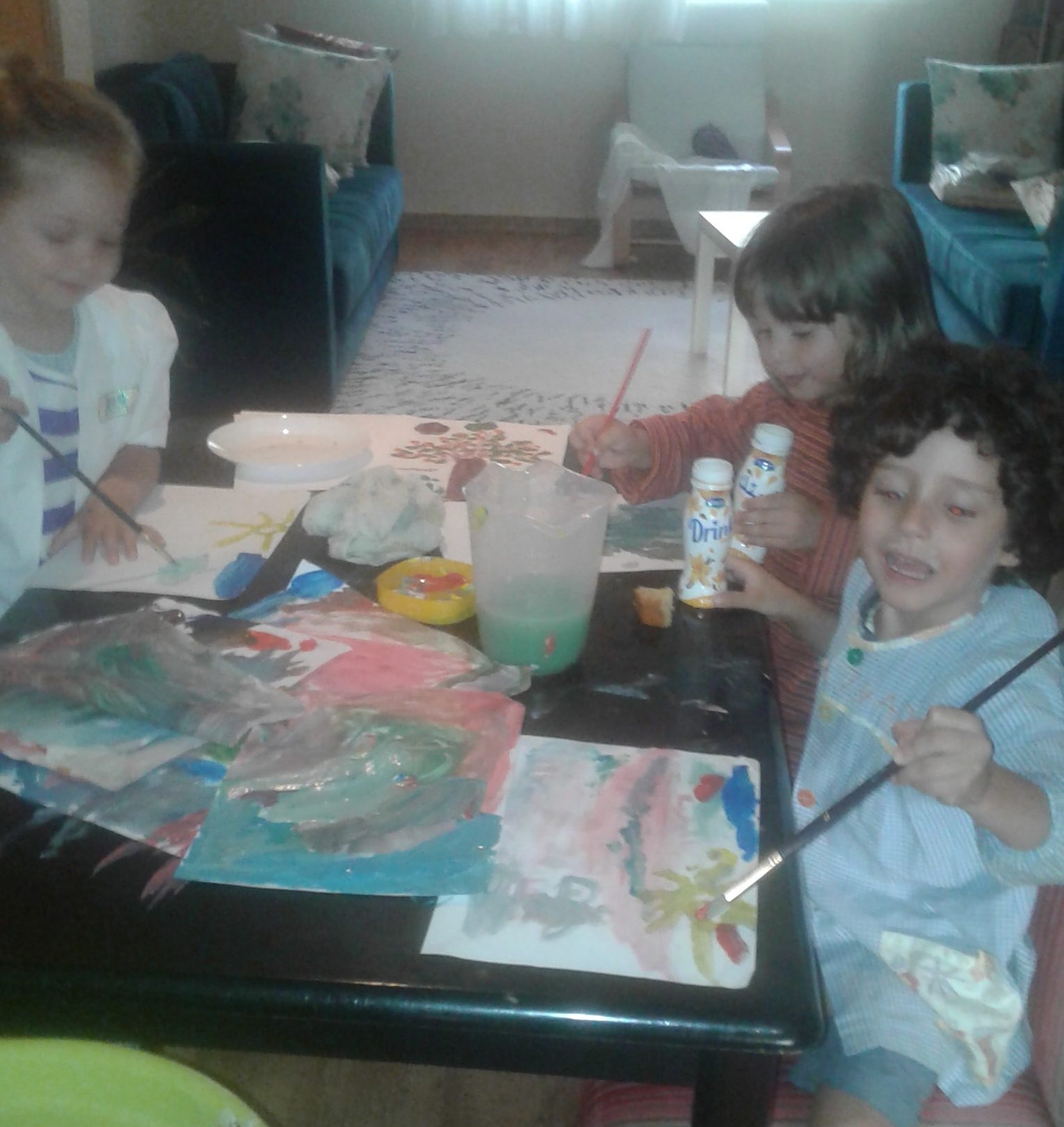 Here is my son and his friend doing colouring at home. He loves to do this with his friends and most of time he draws trains, planes, cars (usually Lighting McQueen) and the beach etc. He often spends an hour or more colouring, something which we, his parents, love to see him doing. – Youssef 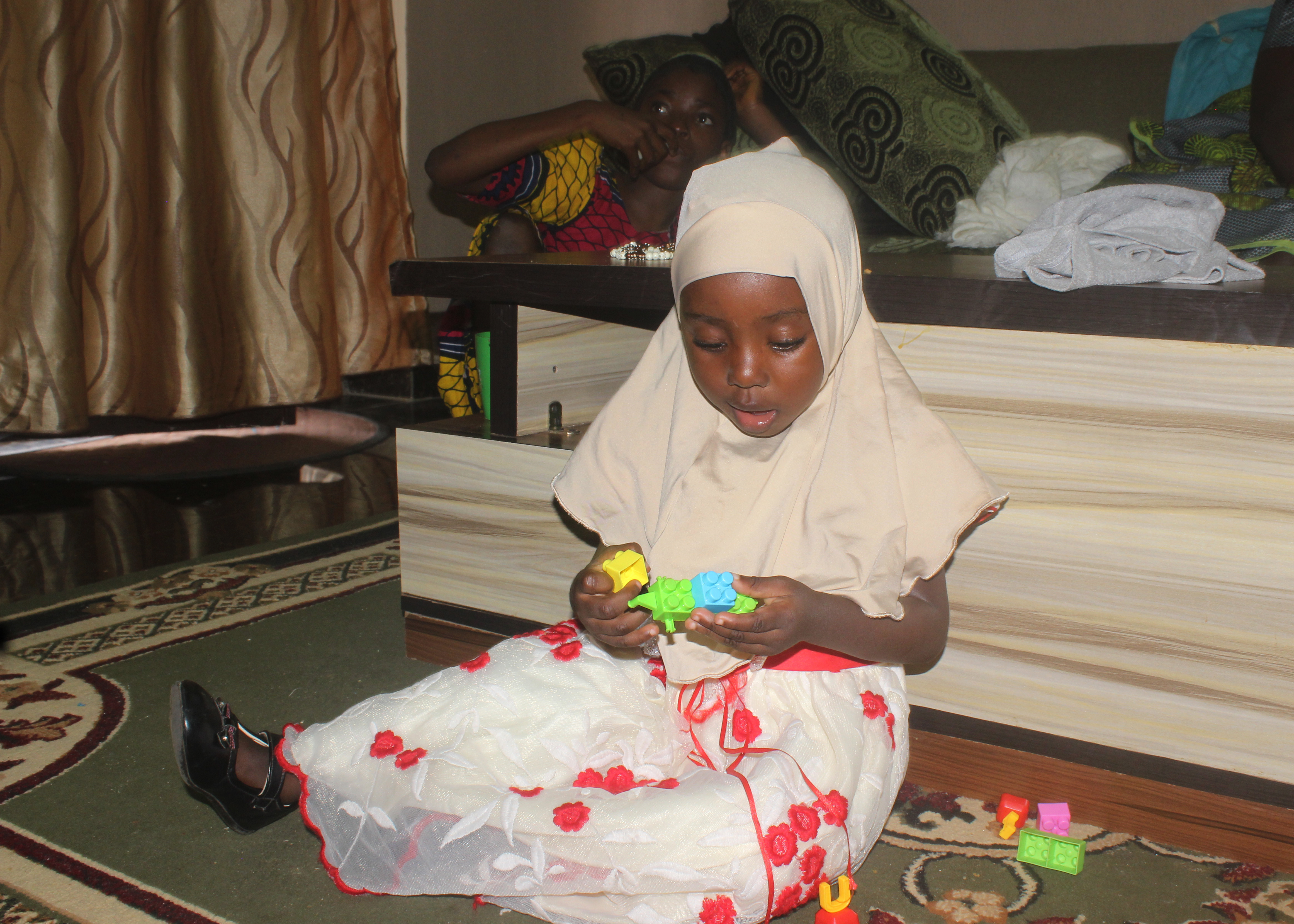 The picture here shows my younger sister playing with her building blocks. This is the most common toy that can be found in a Nigerian household for the children to play with, one which child can play with quietly without disturbing the parent, especially whilst they make the family meals. – Kolapo 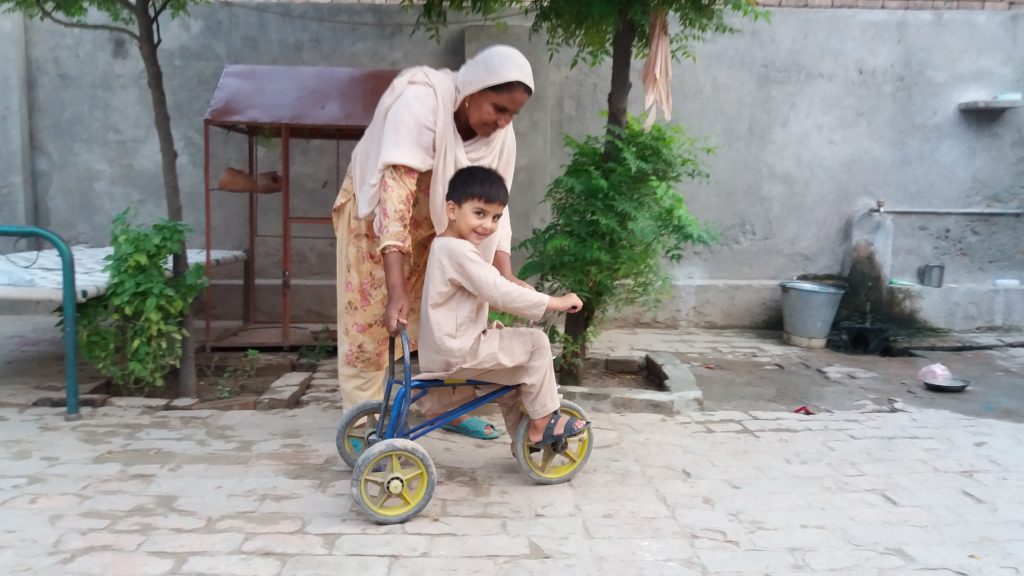 My son loves to play on his trike. He’s only three but you can see here just how happy he is. We hope that, once he has learned how to ride it on his own he will be able to play out with his friends on it. – Mohammad

Chinese Garter is a popular game for girls that requires flexibility, balance and coordination. It is played using a garter with players divided into two teams. Each team has their team leader called “Mother.” The objective of the game is to jump over the garter. It has 10 levels starting from the ground up to high above the head. Once a team member touches the garter or fails to jump over it. Only the “Mother” is allowed to save her team mates. The game usually ends after the highest jump but some children like to continue to play backwards or what they call bending. Kids will get the garter by bending backwards. – John Michael 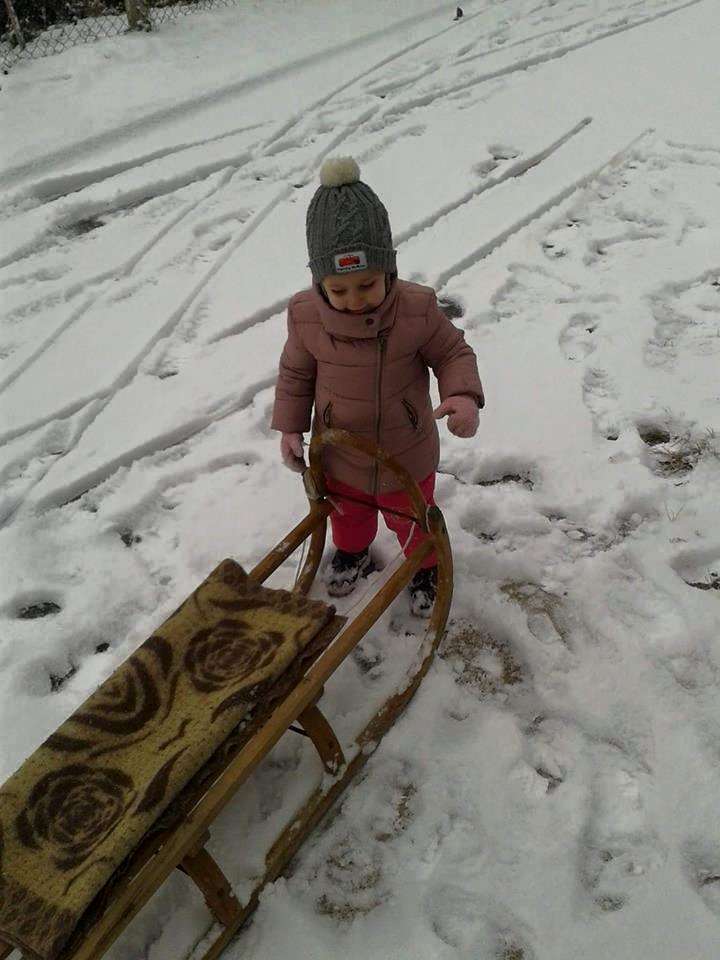 Teodora is a four-year-old girl from Novi Sad, Serbia. She likes to play outdoors, especially when the snow falls. Nothing makes her happier than sledding and making a snowman. And once the snow is gone, you’ll find her in the garden, looking for some snowdrops – first signs of spring. – Ivana 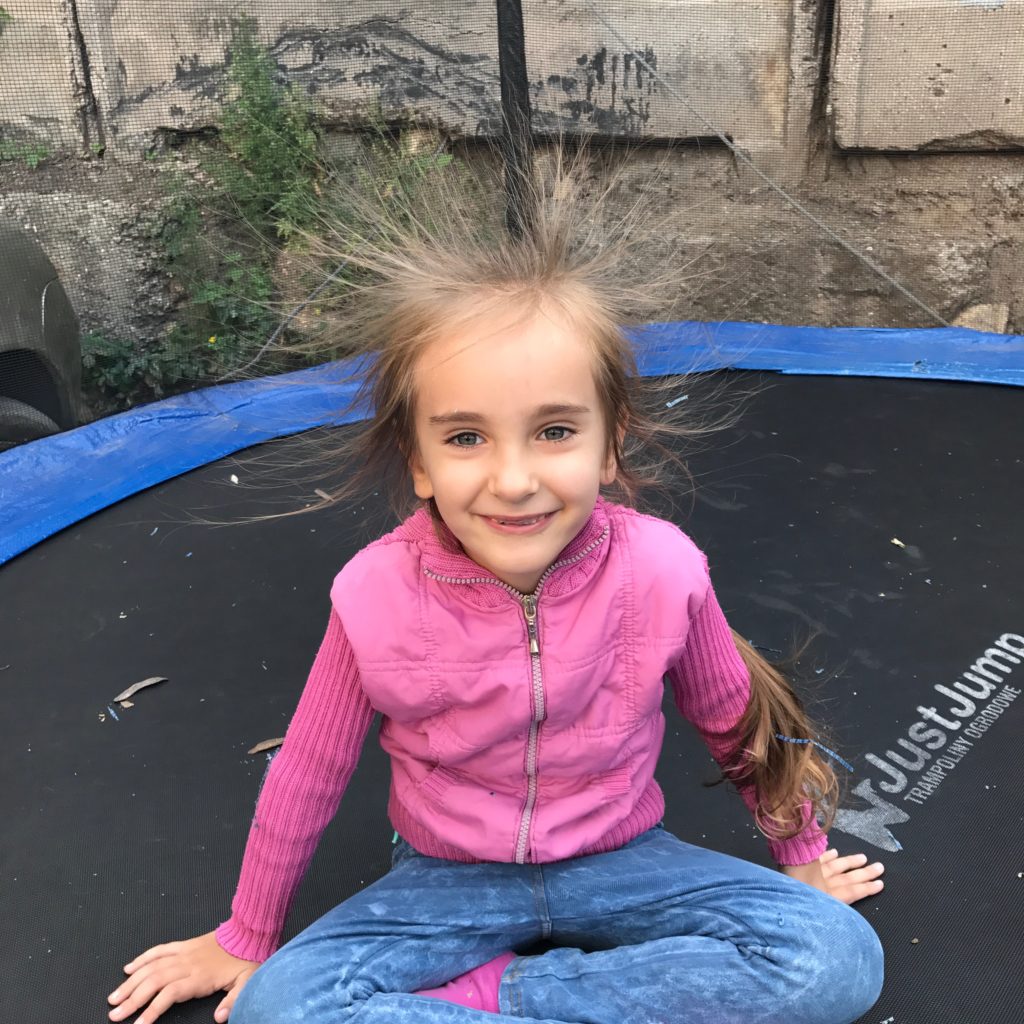 Shown here is my 5 year old daughter, Masha, who can be seen jumping on her trampoline, her favourite way to play in the garden at home. – Viktoria 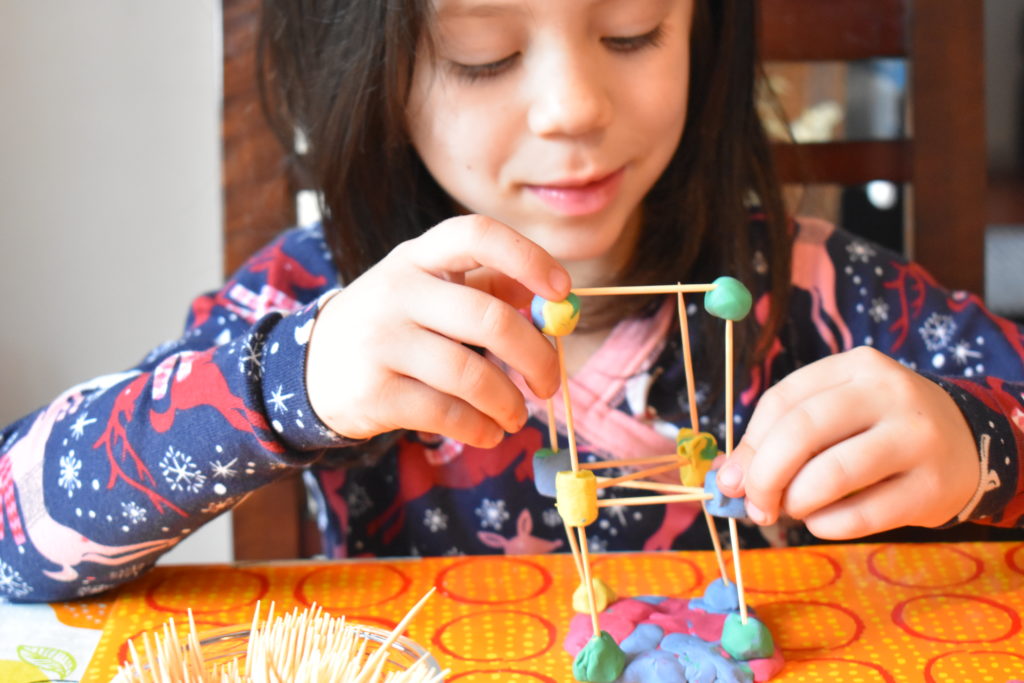 My daughter loves to experiment and make things all by herself. Here she can be seen building a structure from plasticine and cocktail sticks. We’re all expecting her to become a mad scientist when she grows up! – Hillary 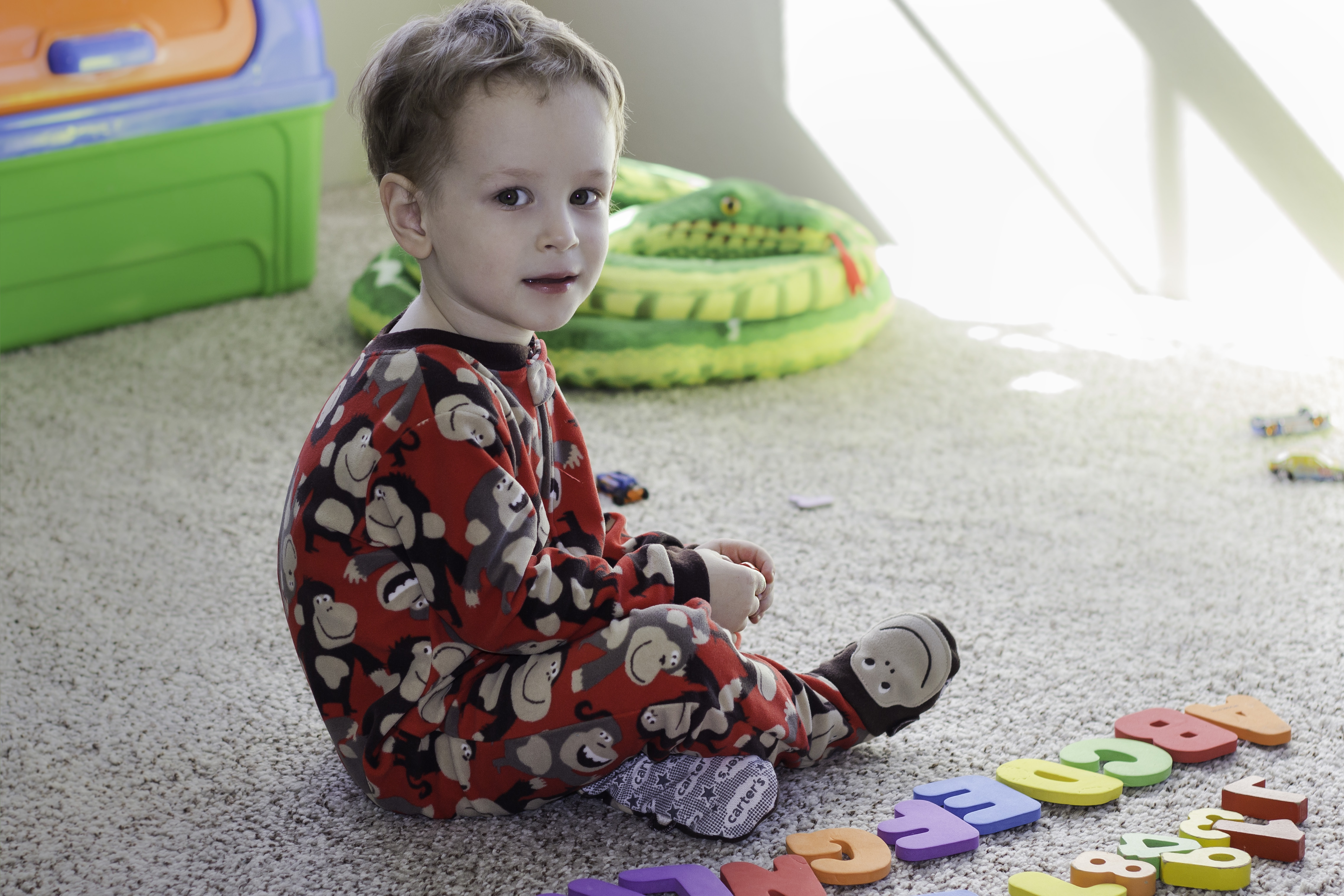 Here is a photograph of my son who is 2 and a half years old at the moment, born in Feb 2015. Here he is playing his favourite toy, a set of letters. He loves to place the whole alphabet in the order from A to Z, backwards or play with them while taking his bath every evening. He will often play with them all by himself or sometimes with his friends or us, his parents. My son was born in the Ukraine but we have lived in the USA for more than two years now. – Olga 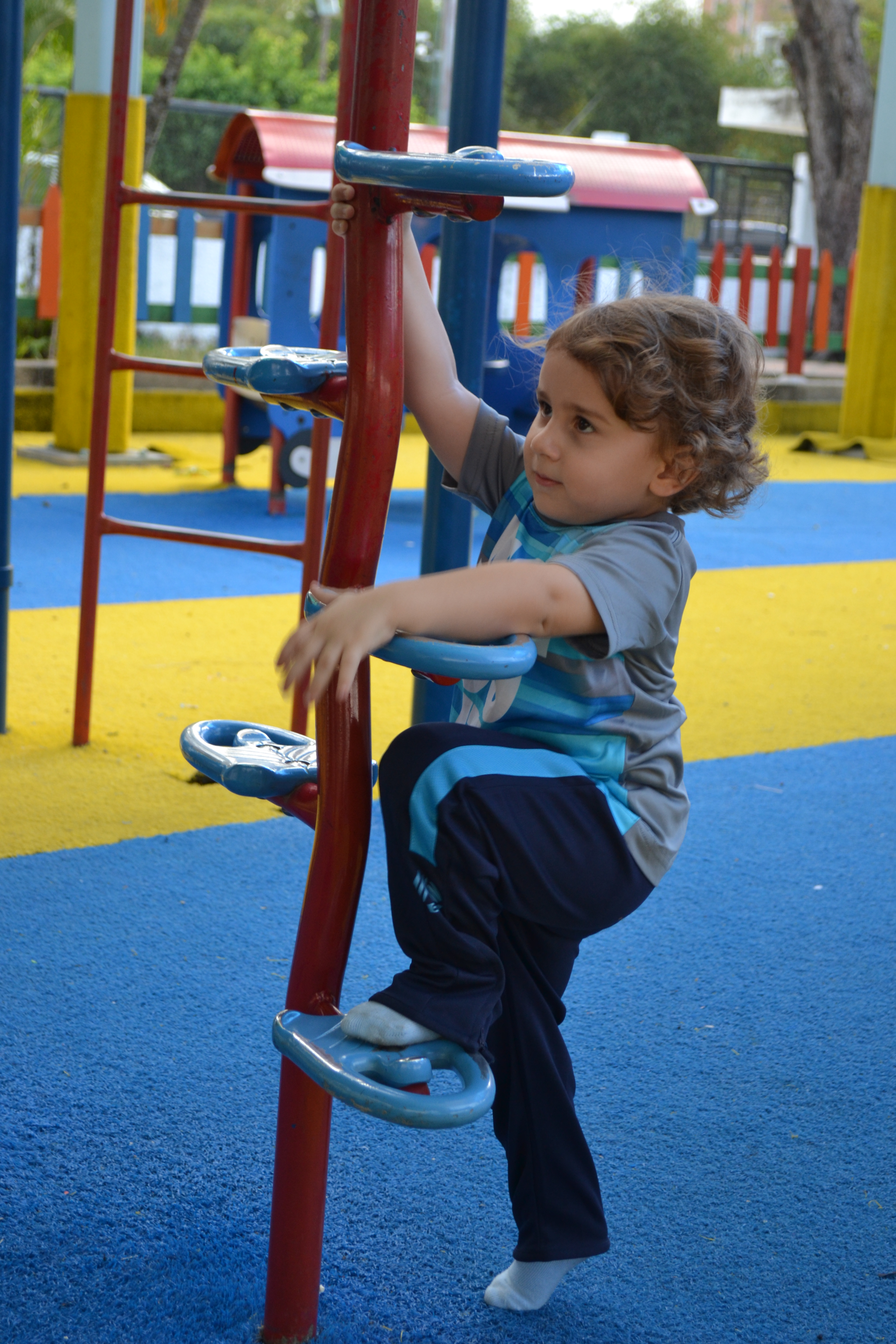 I took this photo of my daughter during an afternoon at the play park where she loves to climb to the heights, using the children’s equipment, playing for a long time whenever we go. She loves climbing, exercising and jumping on the slide and loves to include her little brother in everything as well as often socializing with other children. – David